You still don’t use Smart-contraсts? Then they will use You soon…

Blockchain, nanotechnology, cloud services, virtual reality, machine learning, big data, Internet of Things … Information resources or pretending to be such juggle with terms and catchy headlines, often distorting the essence of things and at times misleading readers and even put them into some kind of informational stupor. Intentionally or not, modern information and other high technologies create an atmosphere of unhealthy excitement. In fact, everything is much simpler. Sure, technology is changing our lives. And now the advanced audience no longer watches TV and does not go to the movies. They were replaced by youtube, vimeo, netflix. Nevertheless, 3-D printers, who are now able to print houses, are most often used to print miniature clones of Star Wars characters. The same is true for blockchain technology.

By simple words, blockchain is a distributed (decentralized) database, accessible to all users of the system, with strict user identification based on the usage of cryptographic access and consensus mechanism. The latter cause resistance to unauthorized attempts to change information in the database, as well as transparency of information itself and sources of its origin and change. Everything is extremely pragmatic and without any romantic fleur. Unfortunately, in the minds of the broad masses of people who have heard anything about the blockchain, this concept is firmly associated with the notion of “crypto-currency”. Yes, the principles of blockchain were first realized in bitcoin, which was conceived as alternative world money. However, the bitcoin is not the only one alive.

The first quarter of 2017 was marked by a whole heap of news about the launch of business applications based on blocking technologies. The main newsmaker is IBM, which released a product called Hyperledger Fabric and promotes it in various areas of information technology. First of all, among banks and developers of ERP-systems. In fact, Hyperledger is a private blockchain, which keeps decentralization only within a predetermined circle of participants. However, the development of business applications on public blockchains is also underway. And not without success. What unites the giants of the industry, such as IBM or SAP, and small teams of developers who have created and are promoting services in public ledgers, available to anyone who wants to use them? At the heart of both the first and second lies the concept of a smart contract. Smart contracts are a code in which a set of “promises” of stakeholders and protocols are programmed, exactly how the parties will fulfill their promises. Despite the fact that the theoretical basis of smart contracts was mathematically laid down many years ago, the practical implementation of it was only a few years ago with the advent of the blockchain Ethereum (Ether).

The ether became like a supernova explosion in the young universe of the blockchain. This was indeed the most significant breakthrough beyond the concept of bitcoin since its inception. In the eco-system of the blockchain, a standard appeared (or, as they say, a protocol), which was initially oriented on creating numerous applications that would satisfy the most diverse needs of business and society where reliable storage of information is necessary and, most importantly, a reliable mechanism organizing trust between unfamiliar users of the system. Such applications are called dApps – decentralized applications.

Despite the close attention paid by the giants of the IT industry and state regulators to the blockchain, its focus remains the currency component of the technology. This fact and the dramatic reaction of the bitcoin to every “sneeze” from China, or from a group of struggling supporters and opponents of the hard-fork bitcoin, give rise to the unhealthy illusion that the crypto currency is “our everything” in the blockchain. In fact, the proportion of those holding a “chunk” in the amount of more than 1 (one) – only 10% of the total number of 25 million happy people involved in the blockchain in the world. So let’s see what else can be done using the blockchain technology without going broke for the purchase of the mining equipment or services of the same IBM, which is ready to tell anyone that the blocking business will stimulate its business … in case if this business already generates at least a seven-figure income per year. Since the introduction of technology will cost at least a five-figure figure. But if you clearly understand what the range of business problems can be solved by the blockchain, then you can build a dApp-shell within a perfectly sane budget (no more expensive than for a good website) and provide yourself with all the advantages that this technology can bring to existing business processes and create new, much more effective, reliable and protected.

As examples of successful implementations of business applications on smart contracts that solve the problems of the most common people and companies, I want to bring a few start-ups that have been working for more than a half a year.

The first one is a successfully developing service from Asia everex.one. This is a service that solves the problem of tourists in exotic countries (Thailand, Burma), where there are several currency exchange rates of the local currencies (“black” market and unprofitable official exchange rate, wide spread). Based on smart contracts, this service provides not only the classic possibility of fast and reliable cross-border transfers, bypassing the traditional banking system, but also the ability to scale the business model in any country. This is an excellent example of where a real intermediary business in finance gets benefits without going beyond the limits defined by local regulators. Even if such a framework is very narrow and rigid. For financiers from countries with a troubled financial system, the service provides more flexibility than similar solutions based on bitcoin. First of all, because everex tokens are rigidly tied to the rate of fiat currencies in world markets and do not bear the risks of additional volatility inherent in bitcoin or other alt-coins.

Another service that helps solve problems for those who decided to modernize their business using blocking technology is oraclize.it, which makes it easier to create web interfaces dApps in a wide range of business sectors. As the projects listed on the site of the project, attention is drawn to solutions aimed at creating reliable polls, the results of which are stored in the locker and can not be tampered with, as well as the draft of the identity verification service. This is a local KYC that you can embed in any application that needs this procedure. Starting from banks and medical institutions, ending with a notary and cadaster.

In conclusion, this small review of successful implementations of business applications based on smart contracts I want to draw attention to a very useful service chainy.info. One of its main advantages, in my opinion, is the possibility of creating uncompromising short links to its resources on the Internet, which besides directly reducing the length of URLs make it impossible for malefactors to forge links to redirect Internet surfers, for example, to phishing sites.

According to the consensus estimates of analysts both from real business and from the environment of developers and ideologists of blockchain technology, full awareness and understanding of how the blockchain can influence the formation of a new business environment will come soon – approximately in 2018-2020. I see one of my tasks as a person exposed to dissemination of the information about this technology as soon as possible to convey to the largest possible number of interested managers and business owners accurate information about what can and, most importantly, what can not and should not do with blockchain. If the nail can be hammered with an ordinary good hammer, then you do not need to buy expensive brand new pliers just because they have a hammer nozzle and all the glamorous hipsters just talk about them and the photo “Joe and the hammer” in the instagram became a viral in social networks . Anyway, if the nail is long or the tree is strong enough to be hammered, you will have to take a normal hammer.

A complete overview of the entire stack of technologies and protocols that can be implemented using the blockchain smart contracts goes well beyond one article. The foregoing is just an attempt to draw attention to a promising technology. However, you need to understand that, for example, Ethereum is just a meta-level, a platform for execution, in itself absolutely useless until there are real applications. For they appeared, it is necessary that the business should know about it first, learn second and understand the potential for creating real added value. For example, I can bring the implementation of the “zero of knowledge” principles and their application to areas where information is needed to hide (for example, voting, project exchange, non-transparent share participation). Just remember that Ethereum, Emer and other smart contracts based blockchain are something akin to electricity in the outlet. And what do you connect to it – a microwave to warm up a pizza, or a complex machine to embody an engineering masterpiece in metal, depends only on you and your imagination. 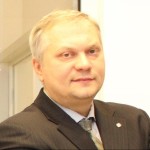